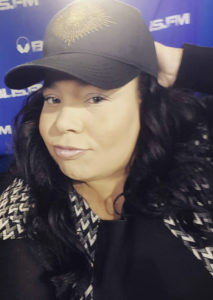 You must be logged in to view this profile.
Washington, DC
,
USA

Suzanne is a comedian, actress, writer, improviser, and performing artist...all skills learned to cope with her friends and family. She is a DC native that has performed from the East Coast to Hawaii.

Notably, Suzanne has performed at the DCIMPROV, at the Comedy Club DC, with Project Thalia for Jynx Comedy, with the D.R.C. Comedy Co., in The Pinch Hitters Comedy Showcase, with Jon Yeagar's Estrogenius, and with Gabriel Ross' Cabin Comedy.

Suzanne can regularly be heard on Friday nights from 7-9 p.m. ET as the co-host of RadarRadioUSA on www.blis.fm/radar.