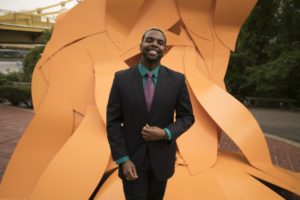 You must be logged in to view this profile.
Pittsburgh
,
PA

Fresh out of high school, Terry Jones began doing stand-up comedy after accepting a dare to perform at the Pittsburgh Improv. With his impressions, energy, and raw talent, Terry now performs at top clubs and for corporate and college audiences throughout the country. Terry made his national television debut on NUVOtv’s Stand Up & Deliver Season 3 after performing at the first annual Cabo Comedy Festival and finishing as a finalist in the Jack Rollins Breakthrough Talent Competition. Terry has two Itunes Top 100 comedy charting albums Limbo Negro, and Comedy Ghoul.

Terry is formerly part of the Q 92.9 Morning Show and was featured in the comedy horror film Bigfoot: The Movie.