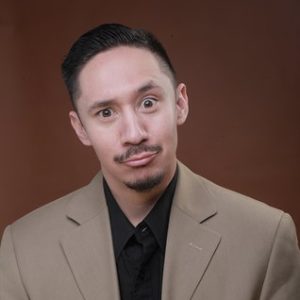 You must be logged in to view this profile.
Alameda
,
CA

Chris Posadas has performed at The Punchline in Sacramento, Cobb's Comedy Club in SF, comedy shows in LA and has run a monthly showcase at Tommy T's Comedy Club in Pleasanton since winning their monthly competition his first time performing in Dec., 2017. Chris competed in the 2019 World Series of Comedy Competition at Laughs Unlimited Sacramento and House Of Comedy Phoenix. He enjoys doing comedy for causes and has done shows to help raise money for St. Jude's Children's Hospital, Haha's For Tata's Breast Cancer Awareness, Standup For Downs, Wounded Warriors and is organizing a fundraiser for his fraternity brother who was recently paralyzed.
Chris also performed improv for The Alamaniacs Improv Troupe for 2yrs and received the Alamaniac Of The Year Award in 2015.
His favorite thing to do is record videos of him scaring people either at work or around town. Friends, family, strangers...no one is safe!