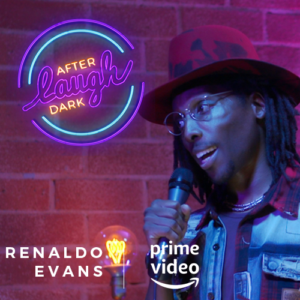 You must be logged in to view this profile.
Inglewood
,
CA

Renaldo Evans is an award winning comedian from Jacksonville, Florida. His credits include Comedy Central, Laff Tracks on TruTV, standup on Amazon Prime Video Laugh After Dark Season 2, Katy Perry and Kevin Gates music videos, the new films Birds of Prey and Aimee. His one hour standup special releases this Winter. Inspired by Kevin Hart, to find the funny in his own personal hardships, Renaldo can find humor in anything, especially his own life! Ironically, he comes from a family of southern chefs, but he himself is a dreadlocked vegan who has been dubbed the "Quinoa Killa” for ruining family dinners. His comedy focuses on hilarious life lessons learned from leaving his PhD to do comedy, surgeries, and southern life compared to Los Angeles. He tackles everything from college, church, vegan food prices, and the struggles of adulting.