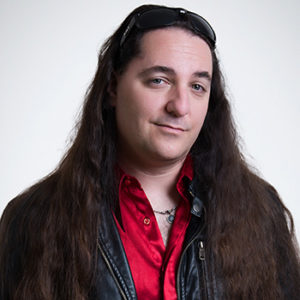 You must be logged in to view this profile.
Milpitas
,
CA

Phil Johnson is a man who gets mistaken for a woman, but only by those not paying attention. That revelation kicks off a battle for self-awareness where comedy and music are the weapons of choice. It’s a battle that has taken Phil to such esteemed festivals as the Edinburgh Fringe and Sundance Film Festivals and the Top 8 Finals of the World Series of Comedy.

“I’ve always been the guy who isn’t quite what people expect,” says Phil. Using that experience, Phil pokes holes in the medical marijuana argument, discusses being a white guy at a hip hop show (and the innocent gestures that can get him in trouble), and reveals why Hawaii isn’t the paradise we think it is.

From Shakespearean bees to redneck vampires to anthropomorphic cell phones with weight issues, Phil Johnson fills the stage with quirky characters that combine social satire with absurdist flights of fancy. Then the guitar comes out and kicks the show into an even higher gear with songs about the bright future (and dark past) of babies and what he would do if he woke up one morning as an actual woman.

On stage, Phil’s playful humor and likeable, endearing manner allow him to shake things up without antagonizing the audience. In the end we can only be who we are, try to understand others, and hope they understand us.