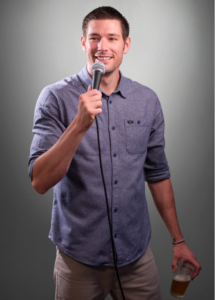 You must be logged in to view this profile.
Concord
,
CA

Paul Conyers' razor-sharp writing and confident performing style have made him a crowd favorite in the San Francisco comedy scene and beyond. When he hits the stage, he pulls audiences in with biting observations that catch you completely off guard and keep you laughing all night. Paul is a regular at comedy clubs & casinos all over the country and Canada. He's performed at SF Sketchfest, The World Series of Comedy, The Oakland Comedy Festival, and can be heard on SiriusXM's LaughsUSA channel.