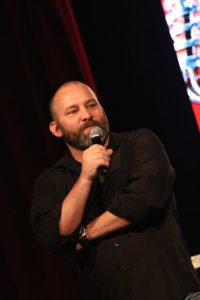 You must be logged in to view this profile.
Las Vegas
,
Nevada

Matt Markman started performing in 2004 less than a mile from the Las Vegas strip & now appears every night at several top Vegas venues including Brad Garrett’s Comedy Club, The LA Comedy Club & Jimmy Kimmel's and is the opening act for Anthony Cools at the Paris Casino. Matt has performed at several festivals like Crap Shoot Comedy Fest, SLO, Life Is Beautiful, & was a finalist in The World Series of Comedy. Matt’s tv appearances include “Man Up, Stand Up” and “Comedy Brew”on Amazon Prime as well as performing live on FOX & CBS in Las Vegas. Matt released his first album “Uncut” in 2016.