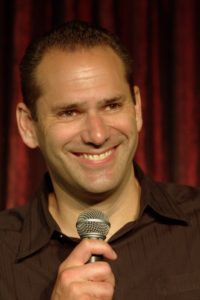 You must be logged in to view this profile.
Omaha
,
NE

After winning the Great American Comedy Festival as an amateur Kris has won several other contests, placed second at the Presidential Comedy Festival, and was a finalist out of 450 comics in the World Series of Comedy in Las Vegas. He tours the country performing at comedy clubs and festivals, but most of his shows are for corporate clients.

He is married and has two teenage daughters and a violent 7 year old son. Please book him so he can go somewhere safe.