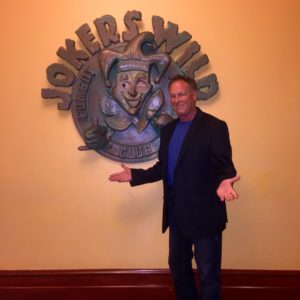 You must be logged in to view this profile.
Fowlerville
,
MI

Ken has 30 years of comedy experience. He has appeared on Comedy Central, toured with Weird Al, opened for Joan Rivers in Vegas. He has worked for Carnival Cruise Lines and had his own Comedy Show in Grand Cayman at Morritts Tortuga Resort.