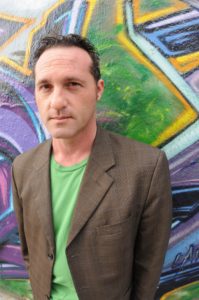 Josh di Donato grew up in Los Angeles, which no one does that. He founded the comedy shows at the legendary Largo club, performing alongside the likes of Marc Maron, Sarah Silverman, Mitch Hedberg, Zach Galifianakis, Margaret Cho, Janeane Garofalo and Patton Oswalt, to name just a few. He's the only one of those people who isn't famous yet. You should do something about that.