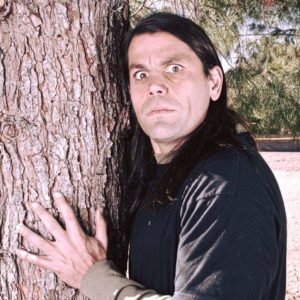 You must be logged in to view this profile.
SCOTTSDALE
,
Arizona

A three time Arizona State Boxing Champion and a public speaker by trade, Jonathan Gregory was the creator and president of a 501(c)(3) non-profit organization. Gregory worked in partnership with the public school system to inspire today’s misguided youth, and equip them with the tools for success. He produced and performed high-energy motivational speeches to packed auditoriums, while warming the hearts of many. As he settled into his new found career, Gregory grew weary of stupid kids, thus propelling him to change his venue, and pursue his lifelong dream of becoming a comedian.

Jonathan Gregory broke onto the scene at the age of 19, as a punching dummy in a Mike Tyson promo, which aired on Showtime. In an attempt to extend his fifteen minutes of fame, he shocked American viewers while portraying the victim of a crazed fraternity in E! True Hollywood Story Investigates: Hazing. He showcased Herculean strength when he sustained 96 paddles from a giant wooden oar.

Still not humiliated enough, Gregory put his dunce cap on, and prepared himself for the worst. In 2008, Gregory’s talents were highlighted on NBC’s Last Comic Standing as Dick Dynamo, an intense personal trainer with a love for spandex, and delusions of grandeur. His outlandish character and sketch work landed him on Last Comic Standing’s top ten best of the worst episode. Ranking in at number ten, his status as the worst best of the worst comic was solidified.

Today, Jonathan Gregory's unique one of a kind "creepy" comedy has audiences howling wherever he goes . A cross between Steven Wright and Sam Kinison, Jonathan has over 8 million hits on YouTube; and has been seen on the Comedy Time Network and the CW's Jokesters TV. Gregory spent over a year on a weekly morning radio program called "Think Tank Tuesday" which was part of the Morning Infidelity on KWSS 106.7FM. He also made multiple appearances on the "Wild Jokers" radio show which aired nationally on 24/7 Comedy Radio.

Jonathan Gregory was named one of Thrillist's "50 best undiscovered comedians". He tours the country as a national headliner working at some of the top clubs. He has also featured for some of the biggest names in comedy including Chris Kattan, Fortune Feimster, Pete Davidson, Jessimae Peluso, and Big Jay Oakerson. Jonathan Gregory was picked to showcase his stand-up at many comedy festivals including the San Luis Obispo Comedy Festival, the Ventura Comedy Festival, the Big Pine Comedy Festival, and performed on opening stage for the Odd Ball Comedy Festival with Jim Jefferies, Dane Cook, Tom Segura, Jeff Ross, Iliza Shlesinger, and Sebastian Maniscalco. Jonathan was a semi-finalist in the Laughlin Laugh Fest, a finalist at the World Series of Comedy, and winner of Arizona's Funniest Comedian, and he likes pizza...