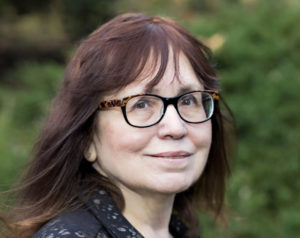 You must be logged in to view this profile.
Bloomington
,
IN

Jan Gudaitis, also known as Deadpan Jan ironically brings life to a comedy show. She may appear like a PTA mom on the outside, but inside she is a fiesty kitten. She loves to take audiences on joyrides to unexpected places. Once shy, Jan used to worry that people might laugh at her, now she gets upset if they don't. Audiences find her smart writing style and dry wit refreshing and unique. She has performed in the Limestone Comedy Festival for three years, the Cleveland Comedy Festival, the Golden Spike Comedy Festival (Salt Lake City), Flyover Comedy Festival, Cincinnati Brew Ha Ha, Gilda's Laughfest, Let's Fest, The Chicago Women's Comedy Festival, The Showdown at Mi's Westside Comdey Theater and others. She has opened for Maria Bamford, Jackie Kashian, Geoff Tate, Stewart Huff, Mary Lynn Rajskub, Tim Northern and others. She won The Cleveland Open Comedy Competition 2019 and was a Finalist in the Jeanne Robertson Humor Contest 2019.