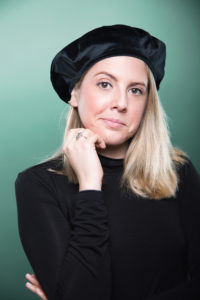 You must be logged in to view this profile.
New York
,
New York

Hanna is a New York based standup comedian, who is currently a writer at Comedy Central. She grew up in Chantilly, Virginia where she developed enough self-esteem to get into comedy. While studying at the University of Southern California, Hanna took improv classes at Groundlings theater and eventually started standup after several failed commercial auditions. You might recognize her from her work in a Korean weight loss supplement commercial as the role of “before”. Upon moving to New York in 2017, Hanna wrote for season 3 of Comedy Knockout on TruTv. Her standup has been featured on Fox, Comedy Central and Sirius XM. She can be seen on Comedy Central’s Youtube, Facebook and Twitter in series such as Tattoo Fails, Sex Fails, Addiction Busters, as well as her own Cheers to You. Most recently, Hanna is in the process of developing her Snapchat Original show Get Money with Hanna Dickinson that will premiere in March 2020.