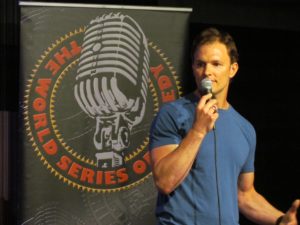 Based in LA, Dale's hilarious and unique take on life as a hard-of-hearing person sets him apart. Dale has opened for Jeremy Piven, and appears regularly at the Comedy Store and the Improv in LA. He has also performed in Las Vegas, Sacramento, Phoenix, and Boston. Acting credits include "Law & Order: SVU" and "Scandal".