Will C is a veteran of 3 branches of service (Air Force, Marine Corps, Army). After leaving the military he chose to pursue a career in acting and touring as a National Comedian. He has been performing his comedy in the United States, Canada, and Overseas for the last 25 years and is the CEO of Veteran Warriors Entertainment Group, Co-Founder of The Veterans of Comedy, and the Co-Founder of Combat 2 Comedy. Will has been featured on TV shows like Modern Family, Mom, Monk, Numb3rs, Knight Rider, MANswers, "Gene Simmons" Family Jewels, Storage Hunters, and Hello Ladies. He has also appeared in movies like, ”Revival”, "Yes Man" with Jim Carrey, ”Seven Pounds” with Will Smith, “Gone Girl” with Ben Affleck, “Purge: Anarchy”,” Inherent Vice” with Joaquin Phoenix, “Hail Caesar” with George Clooney, and many others. 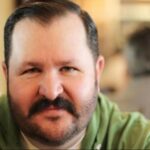