Anthony Davis is the Jewel of the South, born in the woods of North Carolina, and raised by packs of PBR. Anthony later moved to Los Angeles only to be disappointed in the lack of gravy. A big personality tackling topics such as marriage, food, and understanding of the world, Anthony has traveled all around the world entertaining from churches to the troops. He recently won the 2019 San Diego Comedy Festival, Opened for Pauly Shore and was passed as a regular at the Laugh Factory Hollywood

A Southern gentleman off-stage and a comedy powerhouse on, he connects with audiences with his big personality and smiles. Anthony always has the audience feeling like it's more than just a comedy show; it's an experience.
"Great comedian, ok son." - Father 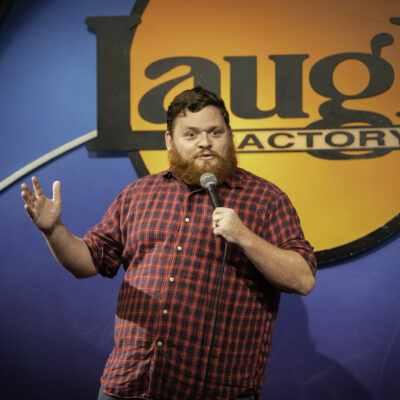