Featured on BBC Asia, Nav Chima's hour stand up show 'Reality Sucks' was described 'With faint echoes of New York artists such as Joan Rivers and Laurie Anderson, a parade of talking animals and objects, strangely uncaring people and dream-like situations slipped by in front of our very ears,' by the Buxton Fringe Festival.
The clean stand up show premiers at the Edinburgh Fringe Festival, and has been performed around the UK, including the Clout! London and Greater Manchester festivals. 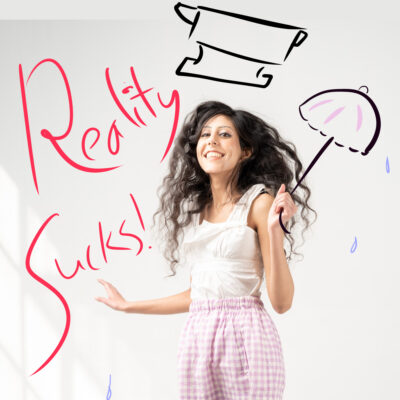