Alex JustAlex is a Las Vegas-based stand-up comedian who wrote this himself in the third person, a fact that bothers him to a degree you’ll probably never appreciate. His material draws from a life lived outside-the-norm but inside-his-head and is significantly more hilarious and well-written than this bio. Stop reading this bio and go to his show or tell him to come to your town.

Alex has worked with other funny people such as Michelle Wolf, Sam Tallent, and Brett Erickson. He's also appeared on both A&E and The Travel Channel which was allegedly intentional on the part of both networks.
Alex was a finalist in the 2018 San Diego Comedy Festival and a two-time presenter at SXSW. He was a featured performer at Austin's Altercation Comedy Festival 2018, a featured performer in the 2019 Alaska B4UDie Festival, and took 2nd place in The World Series of Comedy Boston Satellite in 2017. He knows his stage name is stupid and he's mostly okay with that. 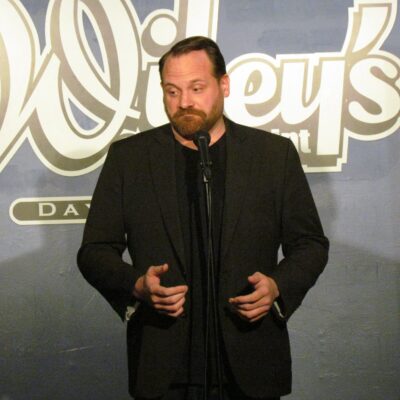